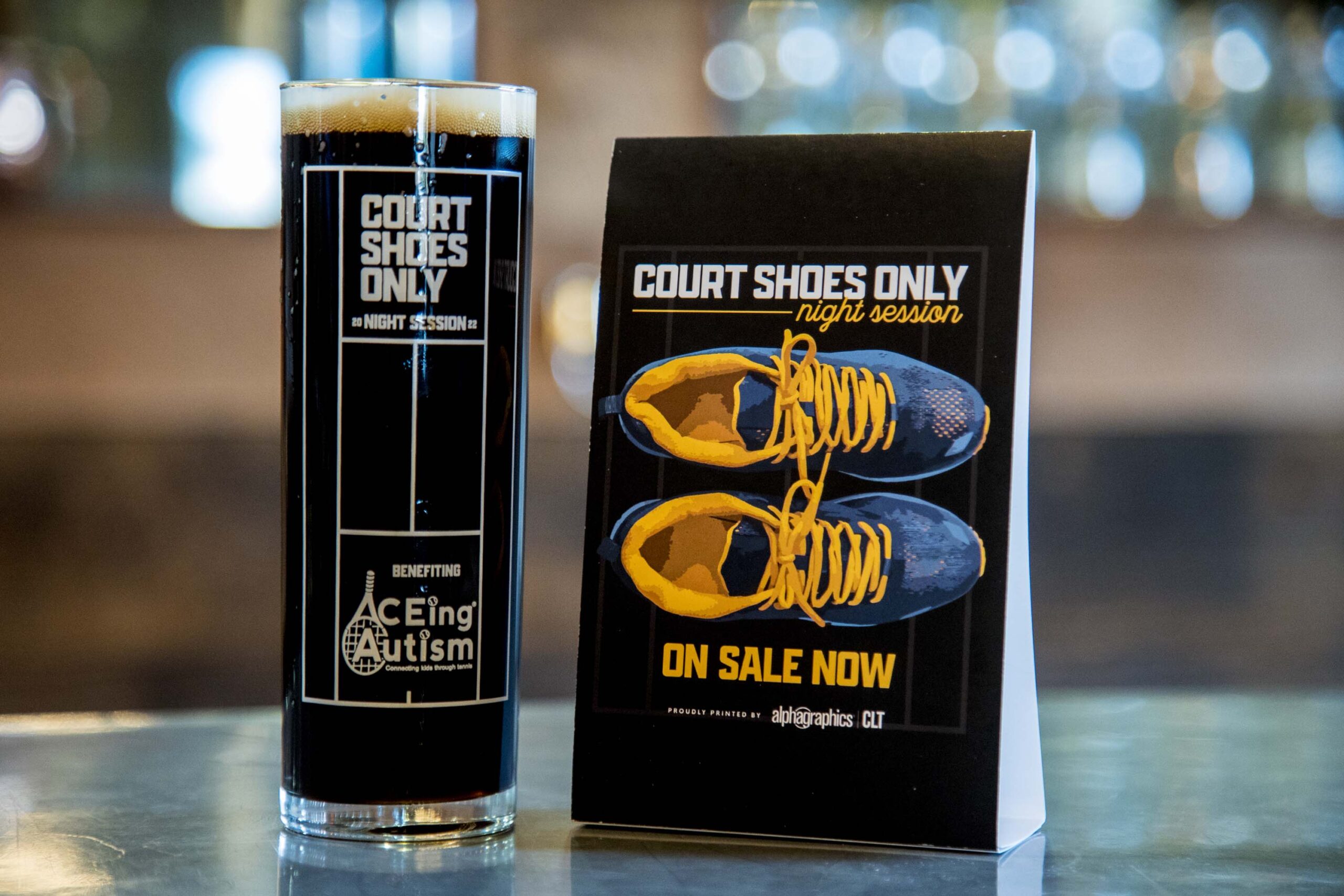 The Court Shoes Only community-wide beer initiative is off and running and the traffic, chatter and enthusiasm we’re seeing and hearing has been awesome. Thanks to all who have been keeping up with this year’s brewery participants and hopping around to new and familiar taprooms to discover these unique and limited offerings. There are some Court Shoes Only variants still to release, including Pilot’s tomorrow, April 8th and Percent Tap House next Friday, the 15th, but we certainly have enough intelligence from some fantastic Court Shoes Only correspondents to offer you the Court Shoes Only Beer Release Guide!

A session IPA base recipe co-created by Luke Holgate from Hi-Wire Brewing Company and John Parks from Zillicoah Beer Company.

An imperial stout base recipe co-created by Ben Dolphens from Divine Barrel Brewing and TJ Creighton from High Branch Brewing.

Birdsong
12% imperial stout with coconut using a blend of black and chocolate malts, flaked oats, and brown sugar. A tad sweet with a nice thick body and a rounded coconut aroma and flavor thanks to the addition of vanilla.

Blue Blaze
10.1% imperial stout true to the base recipe.

Cabarrus Brewing Company
10% imperial stout true to the base recipe.

Dust Off
9.5% imperial stout brewed with caramel and cocoa nibs.

Ghostface
9% imperial stout made as a chocolate caramel pretzel stout.

King Canary
9% imperial stout brewed with a blend of German and Belgian crystal malts with a base of Munich and pilsner and a touch of chocolate malt to make this a smooth and subtle stout.

Model A
9.7% 63 IBU imperial stout brewed with lactose, vanilla, marshmallows, and toasted pistachios. Thick and decadent, the beer starts off sweet with big notes of marshmallow and pistachio yet finishes with a nice firm bitterness that prevents it from turning cloying.

Slow Play
Imperial stout loaded with 100 lbs. of Oreo cookie wafers, mounds of chocolate syrup in the kettle, and finished off with lactose and vanilla. The result is a fudgy, silky sweet, chocolate bomb clocking in at 8.9% ABV.

An English style lager base recipe co-created by Whit Baker from Bond Brothers and John Federal from Vicious Fishes.