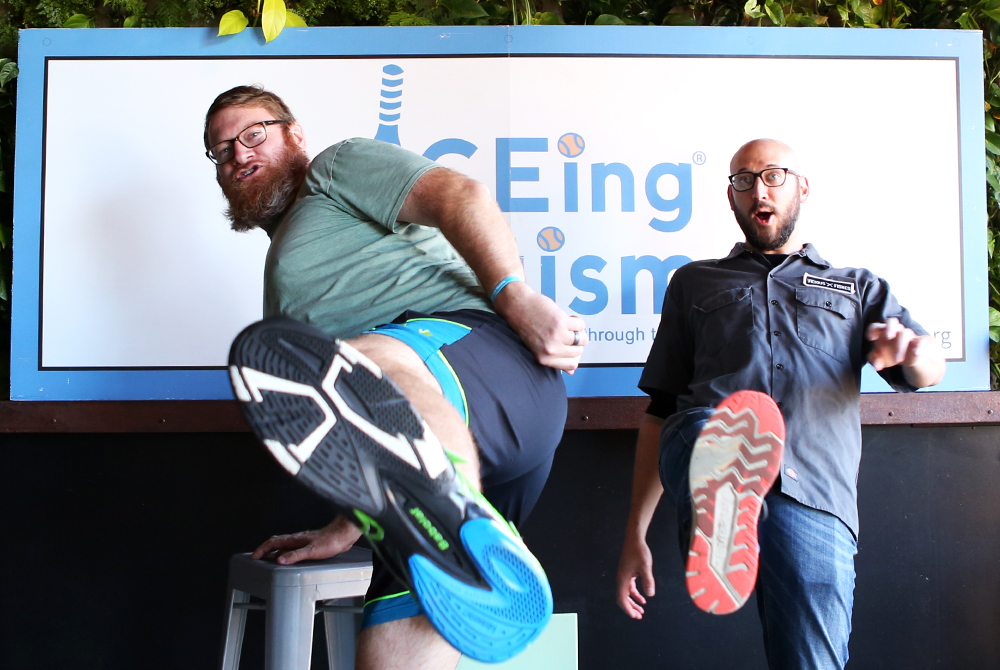 Introducing Court Shoes Only. Built from a collaboration between two of the Triangle region’s most highly regarded brewers, Whit Baker of Bond Brothers Brewing and John Federal of Vicious Fishes Brewing Company, this year’s base recipe is an English-style lager; a style that provides generous freedom for breweries across the area to express their personality and creativity within their variant.

The purpose of Court Shoes Only is capture the spirit of the brewery community in the cities ACEing Autism has a program location as a way to generate awareness, accessibility and affordability of its specialized tennis curriculum for individuals with autism.

This year’s Court Shoes Only beer release date of April 2 is significant because it is also recognized as World Autism Awareness Day; an important date for increasing understanding and acceptance of individuals with autism across the globe.

About the brewers behind the inspiration for the Triangle region’s Court Shoes Only beer recipe:

Whit Baker, brewmaster and co-founder of Cary’s Bond Brothers Beer Company, brings his experience as both a schoolteacher and homebrewer to his craft, approaching it from a highly scientific standpoint. An Advanced Cicerone, a designation placing him amongst the absolute upper echelon of beer knowledge, he is constantly in pursuit of what beer can and should be.

For the first-ever Triangle edition of Court Shoes Only, Whit tapped John Federal, head brewer of Vicious Fishes Brewery in Apex, NC. John taught Whit how to brew commercially, and the two have been close friends for years, even serving as groomsmen in each other’s weddings.

Whit and John bring immense collaborative experience to this year’s Court Shoes Only base recipe, building upon their longtime friendship to create traditional beer style the Triangle region’s brewery community is invited to approach with an open mind and an open stance.