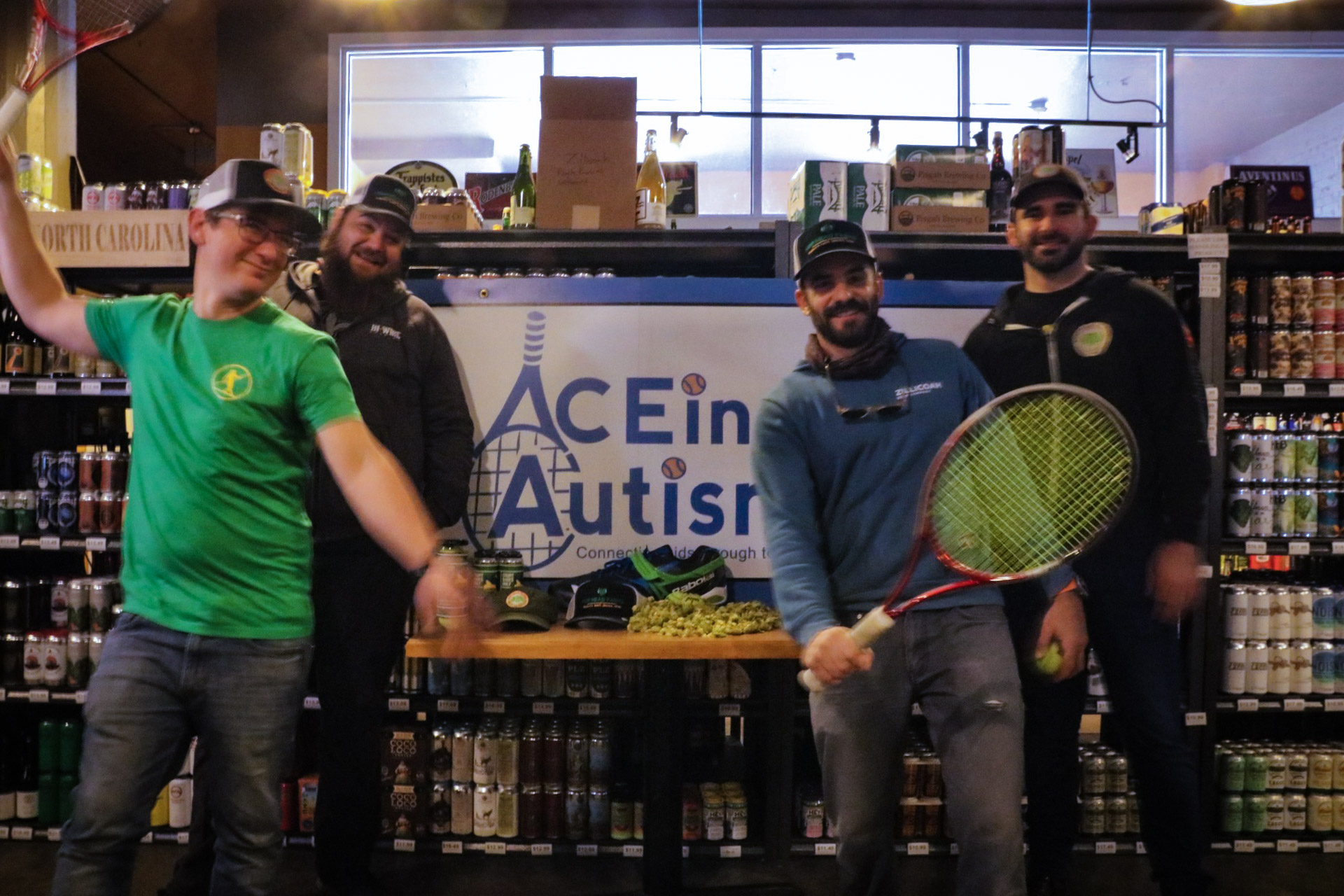 Introducing Court Shoes Only. Built from a collaboration between two of the Asheville region’s most highly regarded brewers, Luke Holgate of High-Wire Brewing and John Parks of Zillicoah Beer Company, this year’s base recipe is a Session IPA; a style that provides generous freedom for breweries from across the area to express their personality and creativity within their variant.

The purpose of Court Shoes Only is to capture the spirit of the brewery community in the cities ACEing Autism has a program location as a way to generate awareness, accessibility and affordability of its specialized tennis curriculum for individuals with autism.

This year’s Court Shoes Only beer release date of April 2 is significant because it is also recognized as World Autism Awareness Day; an important date for increasing understanding and acceptance of individuals with autism across the globe.

About the brewers behind the inspiration for the Asheville region’s Court Shoes Only beer recipe:

Luke Holgate is the head brewer at one of North Carolina’s most recognizable and fastest-growing breweries in Hi-Wire Brewing. Known for its “flagship and seasonal offerings that are brewed to be balanced and approachable,” Luke took this approach to the base recipe for western NC’s first-ever version of Court Shoes Only.

Luke tapped John Parks, head brewer and co-owner of Woodfin, NC’s Zillicoah Beer Company to co-create and fine-tune the Session IPA recipe. The collaboration marked a familiar return for Parks, as he previously worked as Hi-Wire’s specialty brewer prior to the start of his own venture. The two bring their considerable talents together to co-create a beer recipe western North Carolina’s brewery community is invited to approach with an open mind and an open stance.