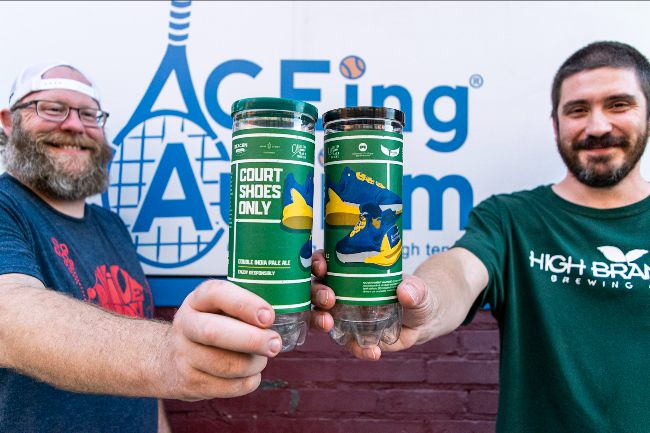 Brewery contributions from sales of Court Shoes Only, which totaled over $23,000 in 2021, will again benefit the ACEing Autism program locations in the Charlotte area.

Thanks to a collaboration between two of Charlotte’s most highly regarded brewers, Ben Dolphens of Divine Barrel Brewing and TJ Creighton of High Branch Brewing, this year’s base recipe is an imperial stout.

Like the first Court Shoes Only beer recipe, brewers are encouraged to deviate from the base recipe with additions and style variations.

Officials say the only ask of participating brewers is to make a beer that is dark in color to match the “night session” tennis theme.

“The Charlotte region’s brewers and beer fans aced last year’s Court Shoes Only and the results were incredible for ACEing Autism awareness, engagement and donation activity,” said Nils Weldy, Regional Program Director for ACEing Autism southeastern program locations. “To be asked by brewers about plans for the next Court Shoes Only is another example of how committed our local breweries are to programs and organizations that benefit the community, and the reason why this very special beer is returning this year,” Weldy added.

The Charlotte Independent Brewers Alliance (CIBA) returns as a presenting sponsor and will provide necessary resources to promote and support the Court Shoes Only campaign and its participating breweries.

This year’s release date of April 2nd is significant because it is also recognized as World Autism Awareness Day; an important date for increasing understanding and acceptance of individuals with autism around the globe.